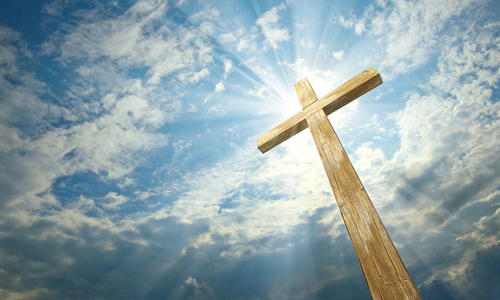 Christianity is the world’s largest religion, with over one billion Christians worldwide, and over 30 million in the UK. Christians believe that there is only one God, and that this one God consists of 3 “persons” (called The Trinity):

Christians believe that God the Son became human (incarnate) in the person of Jesus Christ to save humanity from the consequences of sin and begin a new creation. According to Christianity, Jesus was fully human, and experienced this world in the same way as other human beings of his time. They believe that God is known supremely in the person and work of Jesus, who was put to death on a cross, but was resurrected from the dead three days later.

Christians believe that Jesus was the Messiah (Christ) promised in the Hebrew Scriptures (the Old Testament of the Christian bible).

Christians believe that Jesuss teaching and actions showed that he was the Messiah, and the resurrection revealed him as the Son of God. His teaching centred around what it means to love God, and to love our neighbours. Jesus taught that neighbour means everyone, from friends to those who persecute you.

Christians believe in justification by faith – that through their belief in Jesus as the Son of God, and in his death and resurrection, they can have a right relationship with God whose forgiveness was made once and for all through the death of Jesus Christ.

Christians believe that Gods Holy Spirit is especially at work in the lives of those who have put their trust in God to make them more like Jesus.

Christians are convinced of the reality of life after death on earth. While the actual nature of this life is not known, Christians believe that many spiritual experiences in this life help to give them some idea of what “eternal life” will be like.

Keep God in heart and mind at all times

The New Testament records that Jesus taught his disciples how to pray and that he encouraged them to address God as “Father”. Christians believe that they continue this tradition.Sometimes the prayers are formal and part of a ritual laid down for hundreds of years. Others are personal and spontaneous, and come from personal or group need.

Whilst prayer is often directed to God as Father, as taught by Jesus, some traditions encourage prayer to God through intermediaries such as saints and martyrs. Prayers through Mary, as the mother of God are central to some churches and form a traditional part of their worship. The Christian church believes in one baptism into the Christian church, whether this be as an infant or as an adult, as an outward sign of an inward commitment to the teachings of Jesus.

Christians gather for worship in churches. Sunday is a special day of the week for Christians. Gathering to read scripture and worship on Sundays and other special days during the year enable the Christian faith to be nurtured.

To Christians, the church is a body of people, and not just a building. Although Christians accept that as humans they have faults, they believe that as a body, they represent the body of Christ on earth today. As a body has many parts and many functions, so does the church.