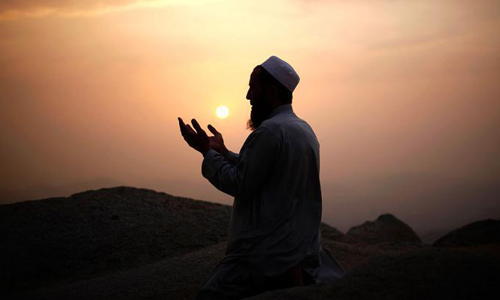 The word Islam means submission to Allah (God). Muslims believe that everything in life should be at the service of Allah.

Muslims combine faith and action in everything they do. Muslims belief in both God and in good deeds. In Islam, pursuing either on its own is pointless.

There are five obligations that every Muslim must satisfy in order to live a good and responsible life according to Islam. These are called “The Five Pillars of Islam”.

The Islamic scripture is the Holy Qur’an. Muslims believe that the Qur’an was revealed to humanity by God through the Prophet Muhammad (pbuh). They believe the Qur’an is a perfect copy of a text that exists eternally in heaven.

The Five Pillars consist of:

Carrying out these obligations provides the framework of a Muslim’s life, and weaves their everyday activities and their beliefs into a single cloth of religious devotion.

No matter how sincerely a person may believe, Islam regards it as pointless to live life without putting that faith into action and practice.

Carrying out the Five Pillars demonstrates that the Muslim is putting their faith first, and not just trying to fit it in around their secular lives.

Muslims worship in a building called a mosque. An alternative word for mosque, from the same root, is masjid.

Outside every mosque, or just inside the entrance, is a place where worshippers can remove and leave their shoes. There is also a place where they can carry out the ritual washing required before prayer.

Inside the Hall, everyone sits on the floor and everywhere in the mosque is equal in status.

Women can attend the mosque and when they do they sit separately from the men. This is out of modesty and to prevent any distraction. It is more usual for women to pray at home.

Ritual prayer, five times a day, is the essence of Muslim worship, whether done in the mosque or anywhere else. Before praying Muslims must follow a routine of prayer preparation. During worship, there is a set of movements that are performed with the five daily prayers.