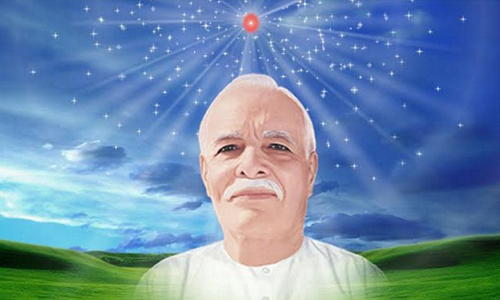 The teachings of the Brahma Kumaris, are embodied in Raja Yoga or Raja Yoga Meditation, and are derived from Ancient Hindu yogic practices. The main practice is simple Raj yoga meditation, in the morning and evening, and throughout the day, when possible. The main emphasis is on spiritual education, self-empowerment and self-development. The full title of the organisation is the Brahma Kumaris World Spiritual University, and its global Headquarters are based in Mount Abu, Rajasthan, India. Its European Headquarters are at 65 Pound Lane, North London, UK.

An important aspect of the Brahma Kumaris (BK) teaching is: ‘I am a soul, my body is a garment’. The key aim is to realise one’s essential nature as a soul, partly through the purification and sublimation of the body and its needs and desires.

A main belief of the faith is that ‘When we change, the world changes’.

The founder of Raja Yoga was Dada Lekhraj (1877-1969), a diamond merchant now known as Brahma Baba, who received visions of Shiva instructing him to found a new world order. The movement was unusual, in being run by women from the beginning.

The Brahma Kumaris World Spiritual University (BKWSU) as it is now known, has spread throughout the world since the 1970s, and as predicted by Brahma Baba. There are some 5,000 centres globally.

In 1980 the organisation became affiliated with the United Nations as a non-governmental organisation (NGO), and it has sponsored many international peace initiatives and educational projects under its auspices. Back to contents

Raja Yoga has dropped much of its original Hindu symbolism, but full-time members still wear white, either saris or Western-style clothing, and this symbolises purity.

Meditation is integral to the faith. Images of Brahma and incorporeal Shiva are used in the meditation practice